You are the owner of this article.
Edit Article Add New Article
Home
News
Sports
Obituaries
1 of 3 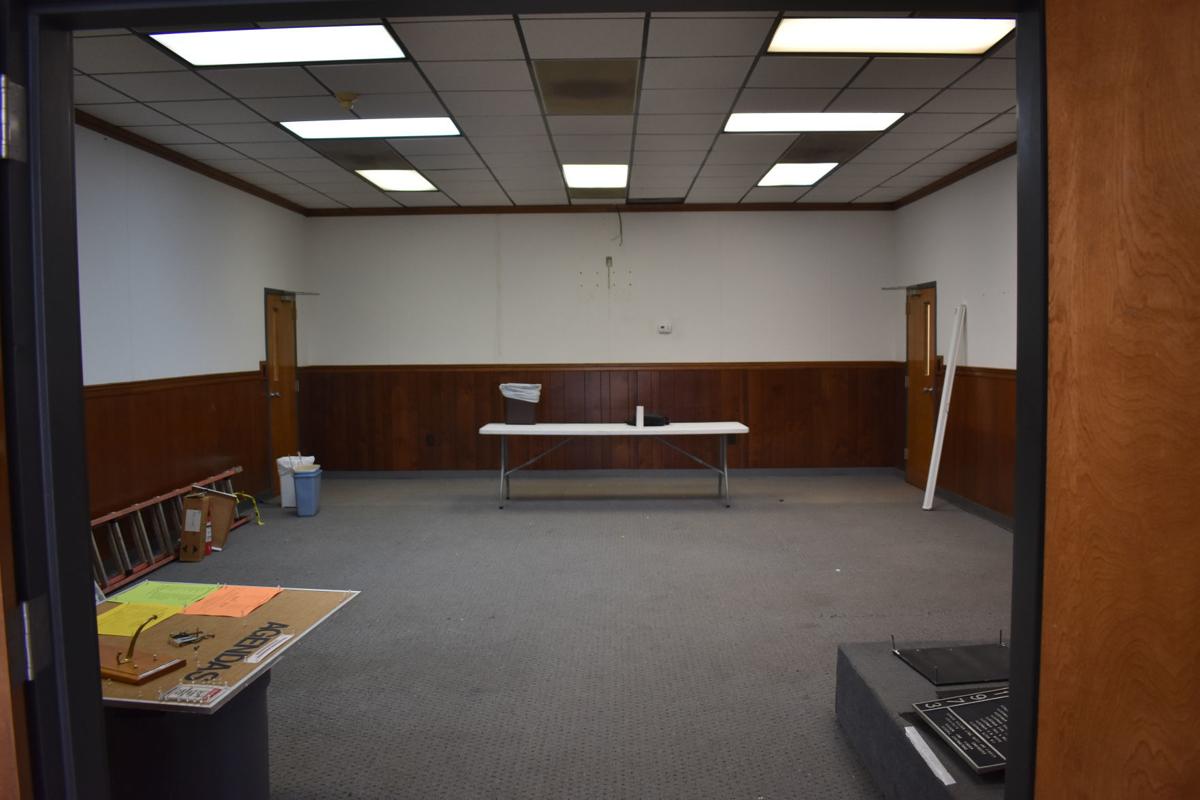 The City Council chamber is virtually empty as the renovation of city hall, located at 100 South Russell Street, is scheduled to begin. 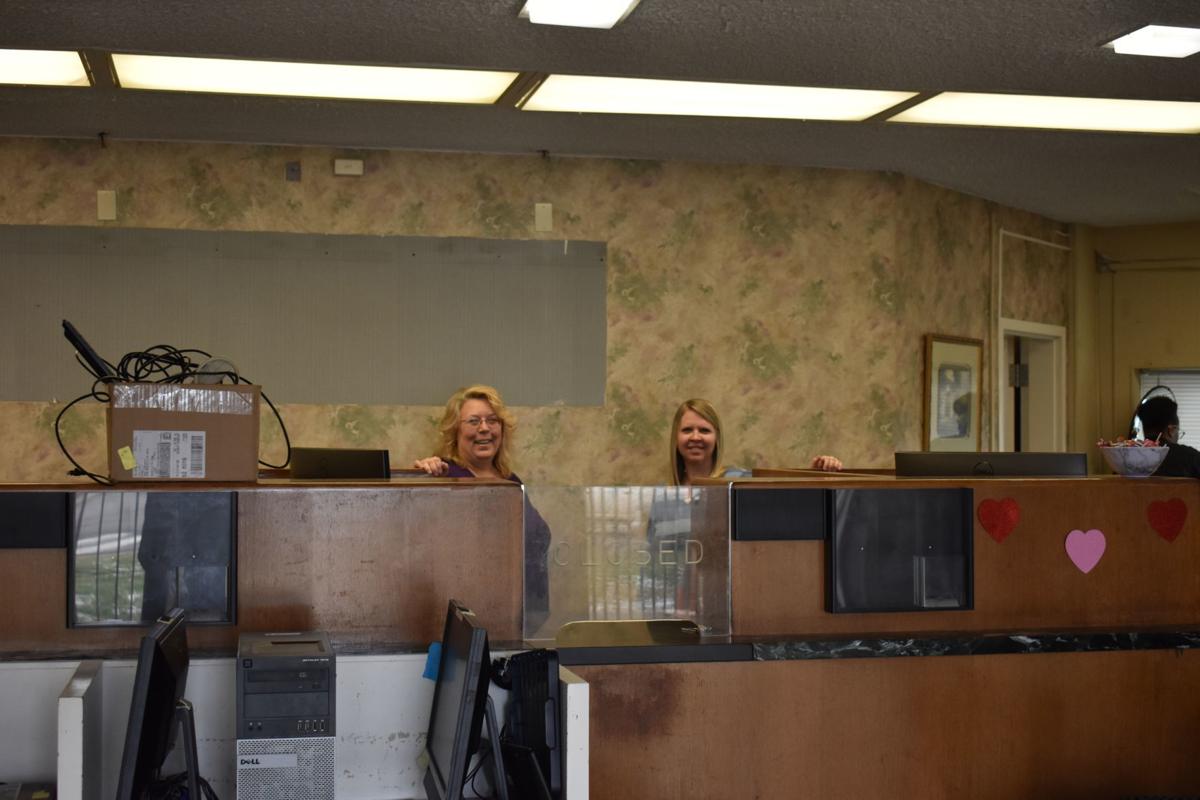 City employees Sherry Stephens and Michelle Medranos get used to their new surroundings at the old Farmers Bank branch building on Highway 109 North where the city business office will be located temporarily. 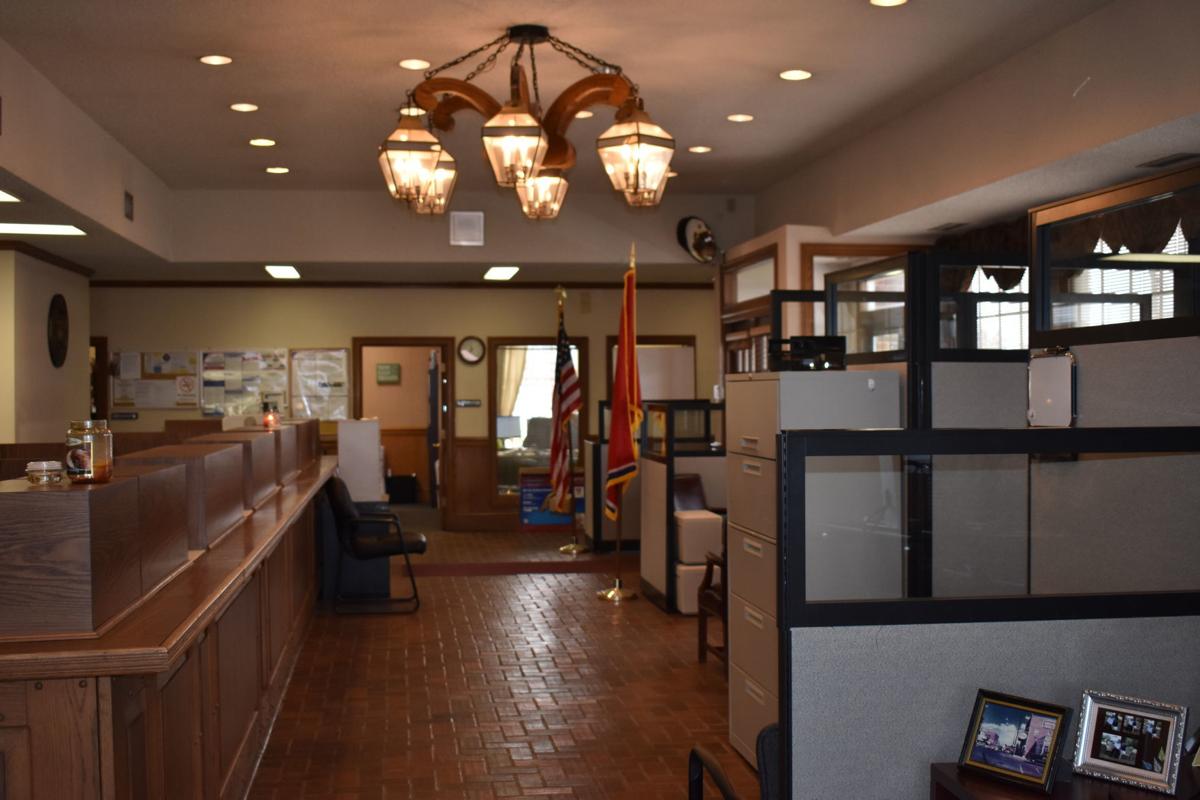 The old Sumner Employment Exchange building will be where the mayor’s office, codes and administration workers will be while city hall is being renovated.

The City Council chamber is virtually empty as the renovation of city hall, located at 100 South Russell Street, is scheduled to begin.

City employees Sherry Stephens and Michelle Medranos get used to their new surroundings at the old Farmers Bank branch building on Highway 109 North where the city business office will be located temporarily.

The old Sumner Employment Exchange building will be where the mayor’s office, codes and administration workers will be while city hall is being renovated.

After a one week delay, city employees were able to completely vacate Portland City Hall on Friday and begin setting up shop at two different primary locations nearby.

Mayor Mike Callis along with the codes offices are now housed in the old Sumner Employment Exchange building and were expected to be open for business on Monday morning.

As well, the internet holdup at the old Farmers Bank Building just up the street from Sumner Employment, was resolved and the business office workers were busy moving their equipment in there on Friday with plans to also be open on Monday.

City Hall was closed on Friday, Feb., 7 to allow for all the moving.

Steve Whitehead, who heads the streets department for the City of Portland, and his crew oversaw a good portion of the move, which took about two weeks altogether.

“The street department has done a lot of the moving. Parks has helped some. We had a little bit of utility help. But it’s been a little bit of a job moving,” Whitehead said. “Over time, we’ve spent a good two weeks, probably 80% of the time, moving. A lot of (the items) went over to the old Dan’s Furniture building (for storage). Then the offices are split up at two different places — the old employment place and The Farmers Bank. But it’s been a job. We’ve got eight guys and we’ve used most of them. Fortunately, we’re at the time of year where we don’t have to do mowing. It’s worked out well.”

The planned renovation of city hall is scheduled to take several months and was passed into the 2020 fiscal budget through a general obligation bond.

Throughout all the planning, voting and budgeting, city finance director Doug Yoeckel has had a big hand in the project of getting city hall renovated and upgrade.

“It is kind of hard to believe it’s here. It’s a week later than we wanted it, but when you go through a situation like that, you’re always going to have some obstacles,” Yoeckel said. “It’s taken the effort of a lot of people, including all the guys that have helped move. They’ve done a lot of lifting and moving and put up with a lot of this here and that there.

“Chris (Newton) and Casey with all the work they’ve had to do with the computer system. They’ve put a lot of time, a lot of phone calls and a lot of effort into it. Everything was supposed to come together today (Friday). Comcast finally kicked in right here at the end. Some of the local guys are the ones that really kicked in and helped make sure we got everything done. Chris was constantly on the phone with those guys trying to make sure of everything.”

The delay in getting internet and fiber optics turned back on at the old bank building was a big part of the one-week delay in moving. The city could not vacate city hall and move the city’s servers without proper internet access to hook them up in the new location.

Newton said the timing was the biggest factor in the delay, but he was scheduled to work through the weekend to have everything ready to roll at the start of business on Monday.

“It was just the fact that they (Comcast) are putting fiber everywhere around us during the holidays. They’re here now. It was just a situation of bad timing,” Newton said. “They’re doing the best they can to get us up. We’ve got the whole weekend to work on glitches and we should be good to go.”