You are the owner of this article.
Edit Article Add New Article
Home
News
Sports
Obituaries
1 of 4 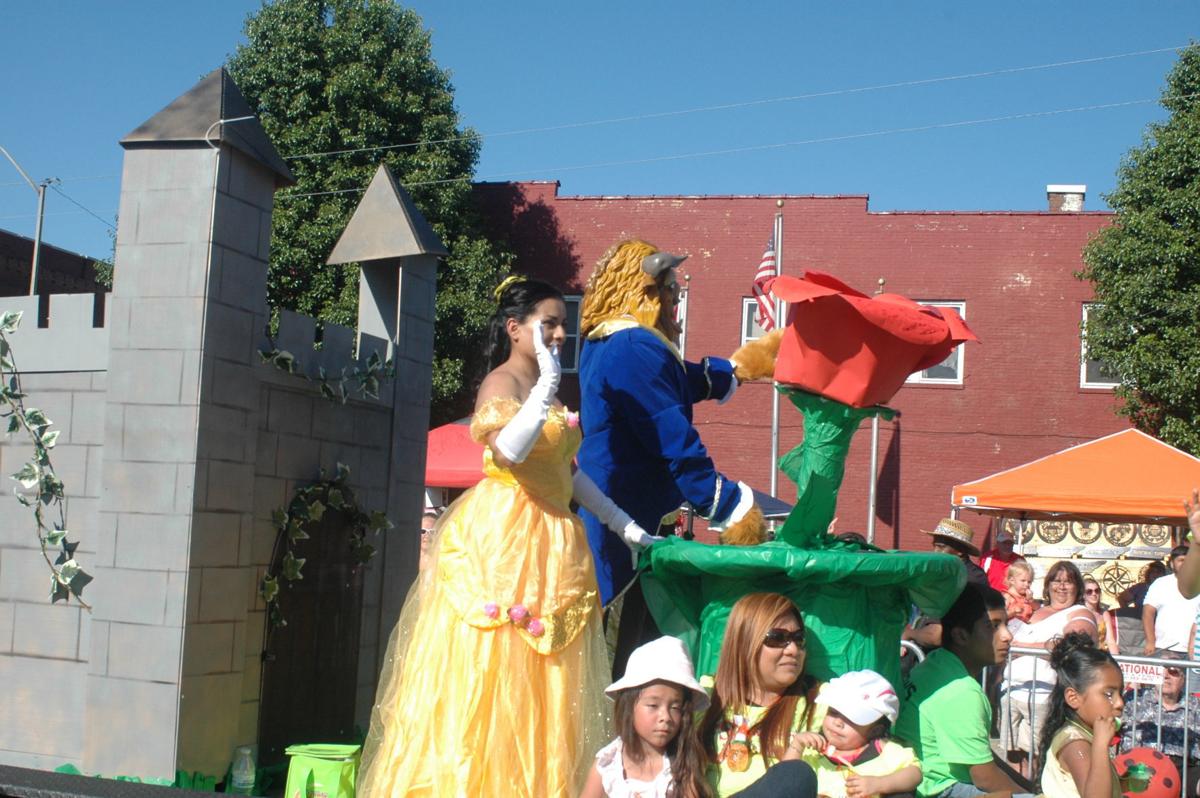 The annual Middle Tennessee Strawberry Festival brings around 30,000 visitors to Portland each year. 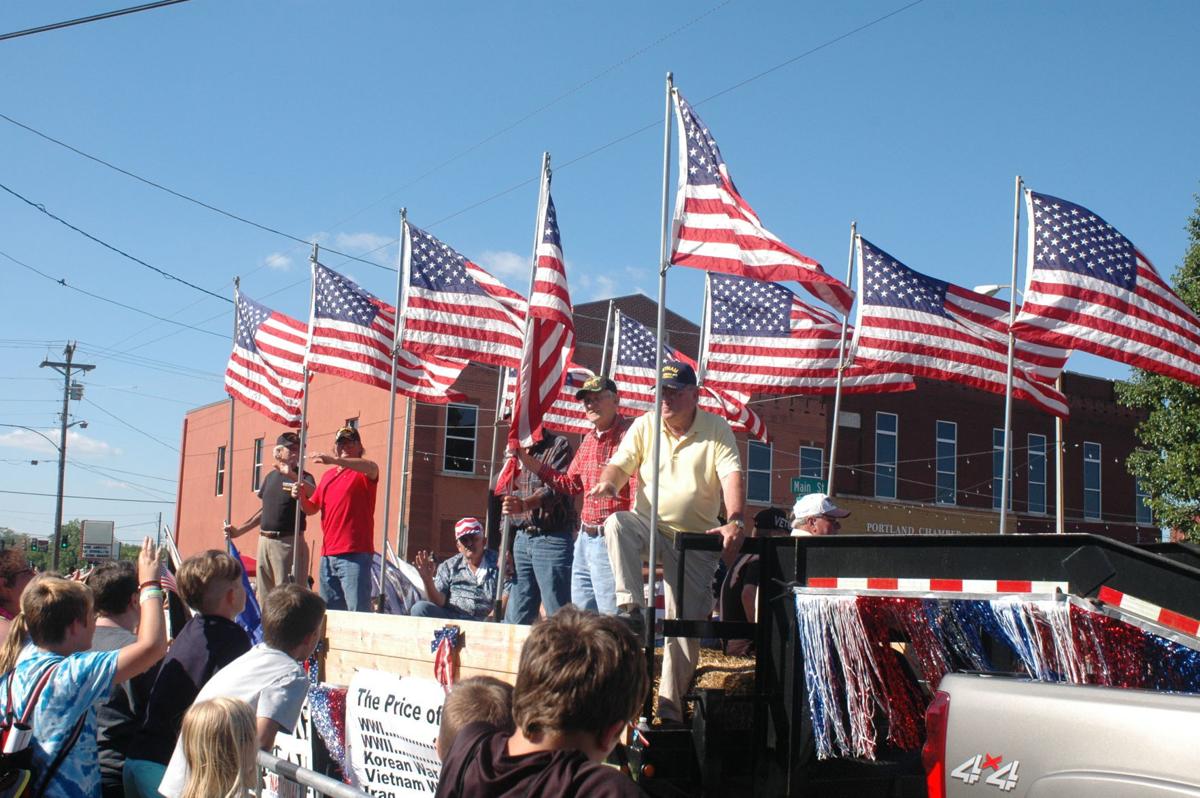 Local veterans ride in the Strawberry Festival parade from 2018. 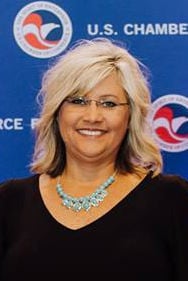 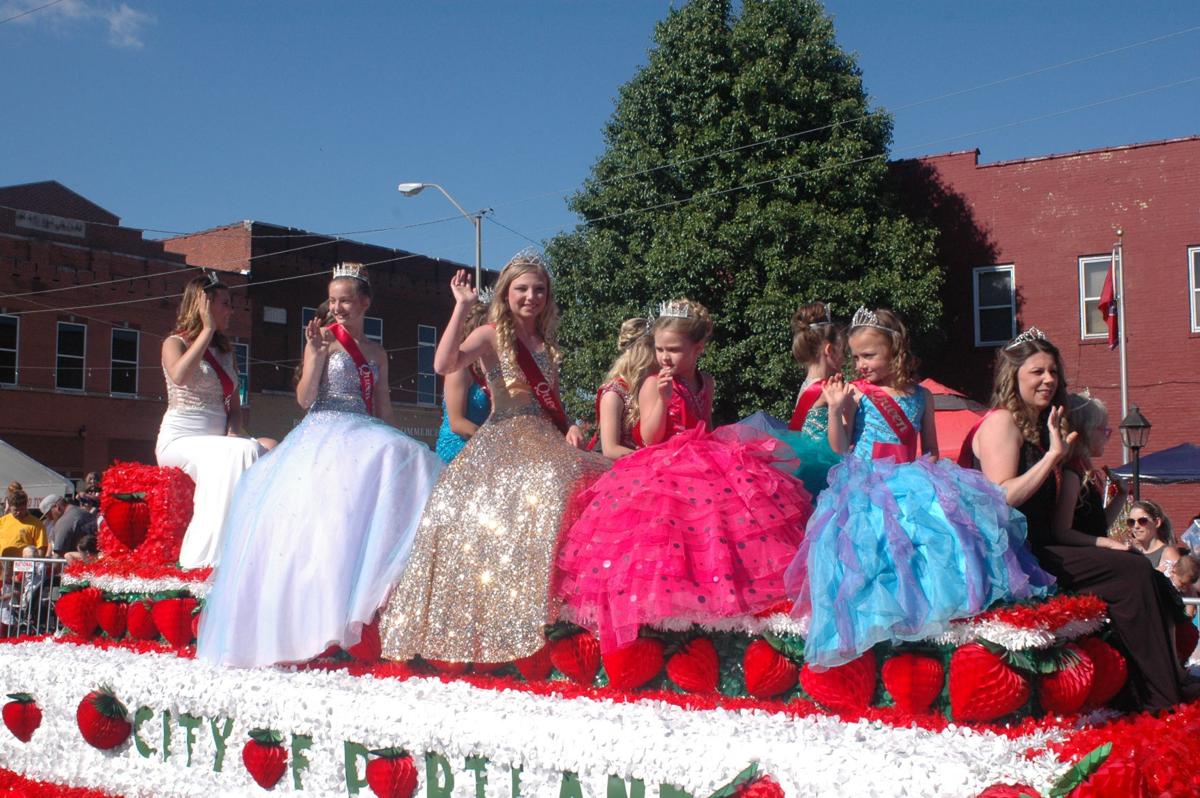 The annual Strawberry Pageant and all other festival-related activities have been cancelled amid the coronavirus pandemic.

The annual Middle Tennessee Strawberry Festival brings around 30,000 visitors to Portland each year.

Local veterans ride in the Strawberry Festival parade from 2018.

The annual Strawberry Pageant and all other festival-related activities have been cancelled amid the coronavirus pandemic.

In a historic decision that no one wanted to make, but one that still had to be done, the Portland City Council voted to cancel the 79th annual Middle Tennessee Strawberry Festival at its meeting on April 20 because of the Covid-19 pandemic.

That decision came from the recommendation of Portland Chamber of Commerce director Sherri Ferguson and her staff, in a decision that she termed, “heartbreaking.”

That decision means that the festival, scheduled for May 8-9 in downtown Portland and other parts of town, won’t be held for the first time since it was interrupted by World War II.

Now, Ferguson and her staff comes the task of picking up the pieces. That includes notifying everyone involved in the festival of the decision and salvaging whatever might be kept in place until next year.

“It was a very hard decision to make. We put a lot of hours a lot of hours into this over the last year and to watch that just kind of implode to where we are not able to have the Strawberry Festival is one of the hardest decisions we have had to make,” Ferguson said. “But we also knew it was in the best interest of our visitors and our community. There was no way we could hold an event of this magnitude, bringing in 30,000 people and not have the spread of the virus magnified.”

The loss of the festival is also a tremendous economic blow to Portland and Sumner County, as Barry Young, director of Sumner County Tourism, said up to a half million dollars was lost due to the cancellation.

“We estimate the Strawberry Festival brings in at least $500,000 in revenue to the City of Portland, local businesses and non-profits, and Sumner County,” Young told the Portland Leader.

Ferguson and city officials were hoping that the pandemic might decline in time to still hold the Strawberry Festival, but the so-called “flattening of curve” did not happen in time to save this year’s event.

“We waited as long as we could. Our hopes were in March that by the end of April, we were hoping that it would have already reached its peak and we would be ready to get back to some semblance of normal,” Ferguson said. “But as you know in March, things were completely different, and as things progressed, we did not reach our flattening of the curve until just recently, as that is just now happening. If we gathered that many people together, it would have just really taken everything on another trajectory, just mainly because we bring so many people in from so many places.”

If the festival had happened in such uncertain times, Ferguson said there were two completely opposite fears, and neither scenario would have been good.

Ferguson said that even in social distancing time, she has been able to see some of the disappointment in the citizens’ post on the Chamber and the Strawberry Festival Facebook pages.

“Everybody was disappointed. The only other time this has happened was in World War II, so it was very heartbreaking to all of the people that have been here forever, but not only for the community members who have been around for most of the Strawberry Festivals, but also to those who had just moved to the community who were looking forward to the Strawberry Festival,” Ferguson said. “I’ve seen a lot of comments from people on our Facebook like, ‘It was the right decision, but I’m very disappointed. I’ve never been able to attend and we were going to attend this year.’ And then you, of course, it was disappointing to those from all over. When you look at our Strawberry Festival page on Facebook, we have a lot of people that attend year after year, and a lot of people that are from other areas watch our page for updates. We’re seeing those people who have come in for years to the festival are disappointed that we were adding so many cool events. We had created more stages, more vendor areas, preparing for a huge crowd and now we’re not able to do that.”

Now comes the other part of the festival — notifying all involved, cancelling contracts and, in some cases, rolling them forward for when the festival is planned to return in 2021.

“Everybody has been contacted. We started as soon as the council meeting was over. Kristen (Daughtry) sent out all the emails to the vendors. I contacted all of the contracts, which go anywhere from the bands, to the stages to the barricades, chairs and tables and billboards that were scheduled to go up. We had brochure printing that was scheduled to be done. We told them to hold off, because we were not sure if this was going to happen. We ended up not printing some of those,” Ferguson said.

Some marketing materials had already been printed, but the good news is that with some of the shows and entertainment that was scheduled for this year, a few of the performers have already agreed to be part of the festival for next year.

“We had marketing material that was printed and sent out. That’s why as soon as the decision was made, I contacted all those contracts and our performers. We had the magic show this year. We had the robocars. All of those have been contacted, and most have agreed to put us on the schedule for 2021. So most of that, hopefully, will end up being a lot of what this year will entail,” Ferguson said.

The Chamber has contacted vendors and some have already said to hold their money for a spot next year in the Strawberry Festival. Others, who have not been able to work because of the virus, have asked for a refund.

“I just want to tell everybody thanks for their understanding. We are refunding vendors’ money or holding their spots for next year, whichever they want prefer. We did not want to go into this and have people think we were going to keep the money. It is about providing. We want them to come back and we want to treat them right,” Ferguson said. “We will give refunds or hold their spots for next year. Most of these spots sell out by the first of January, so we’ve had a lot of vendors say for us to just hold their spots. Some of them need the money, because they have not been able to have any events. So we’re refunding their money to those that need it. We’ll work on that the first of next week for the people that have responded.”

To that end, though no final decision has been made, the Chamber is leaning toward rolling the 2020 theme of “Superberries,” which was a superhero-type theme, forward as next year’s theme. Ferguson said it would help those who already had started on floats and other things related to that theme when the festival was shelved.

“At this point, we’re leaning toward keeping that theme. Some people have worked on floats and booths geared toward that theme, so we’re looking keeping the theme. The decision will be made when we are able to meet in the office with a face-to-face meeting. We can do some discussion on that. I do feel like keeping the same theme would be better for our vendors and our chamber members that were working on floats for the parade,” Ferguson said. “I think everybody will enjoy it. We actually had superheroes scheduled to be here. It goes back to a lot of moving parts.”

In addition to the festival itself, a lot of related events, and those who sponsor them each year, also will will be cancelled. Those things include the pancake breakfast, carnival, shuttle service, golf tournament, Strawberry Pageant, Strawberry Stride 5K and Strawberry Slam wrestling event.

“I’ve contacted all the non-profits that have a part of the festival, such as the Rotary Club, the Lions Club and the high school with the athletic department, the cheerleaders and the band. All of those have to be in the conversation, knowing that it had been cancelled. Some of those had already cancelled,” Ferguson said. “I know the school had to cancel their run and their pageant earlier because we also have the Strawberry Slam that had to be cancelled as well. It’s just been a long process, and I’ve been working on a spreadsheet to make sure I didn’t leave anybody out.”

While there is a glum feeling over the festival being cancelled due to the coronavirus, there still may be time this fall to have a different event as a possible way to gather people together to celebrate the emergence from the pandemic, if possible.

“It will not be from this event, but possibly in the fall, depending on how the virus calms down and hopefully not rearing its ugly head again in the fall, we have on the table to consider that after the first of August, getting in on a discussion, depending on how the numbers are with the virus and where we are on it, and possibly having something in September — a small festival, nothing of the magnitude of the Strawberry Festival, but more just music and some vendors. We won’t really even be discussing what we can do till the first of August,” Ferguson said.