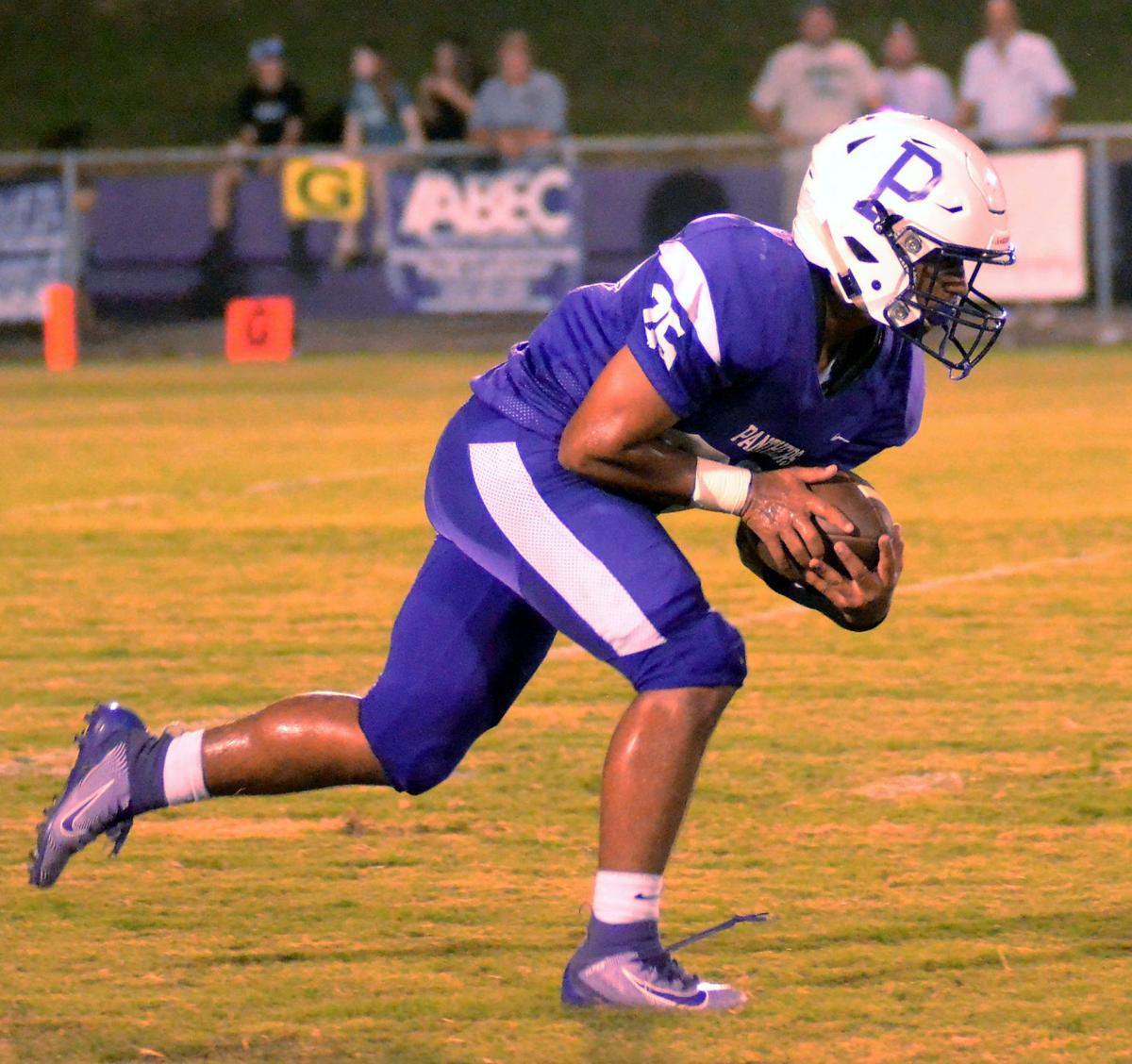 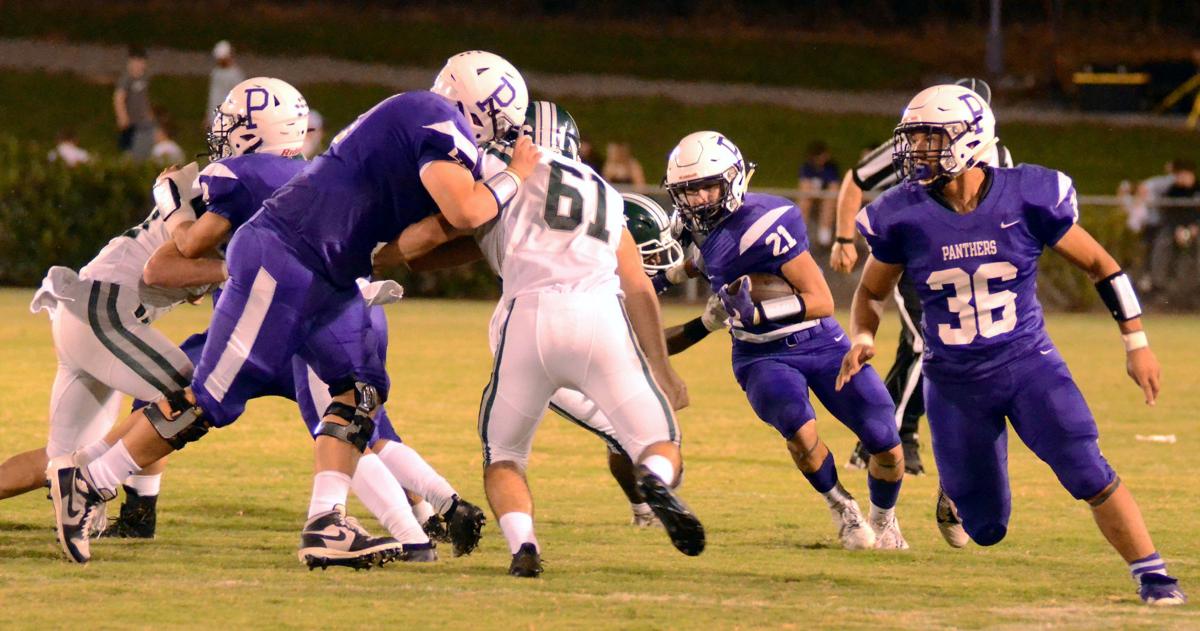 Portland High senior Dylan Gulley attempts to break free from the grasp of a Greenbrier defender during first-half action. 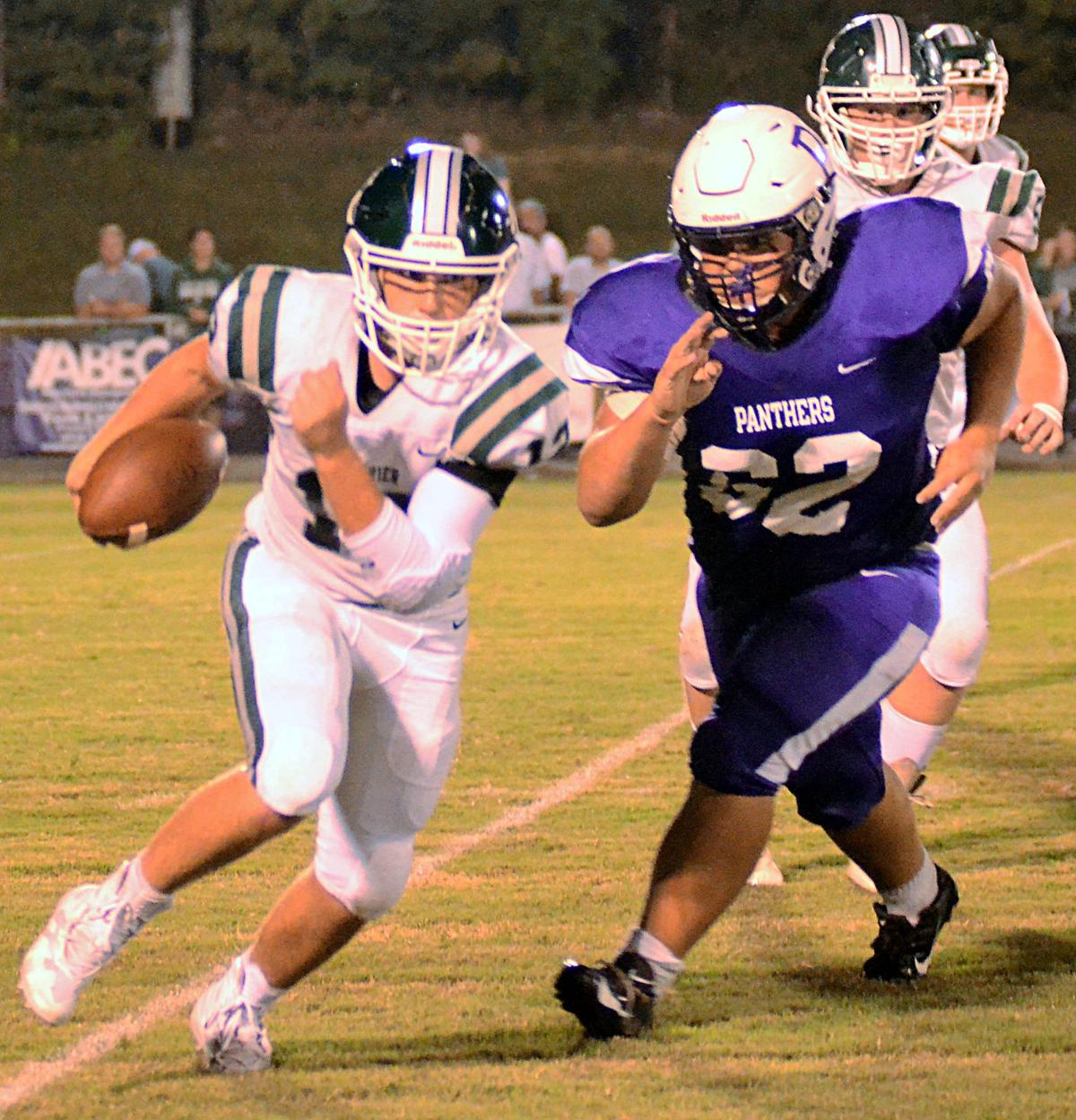 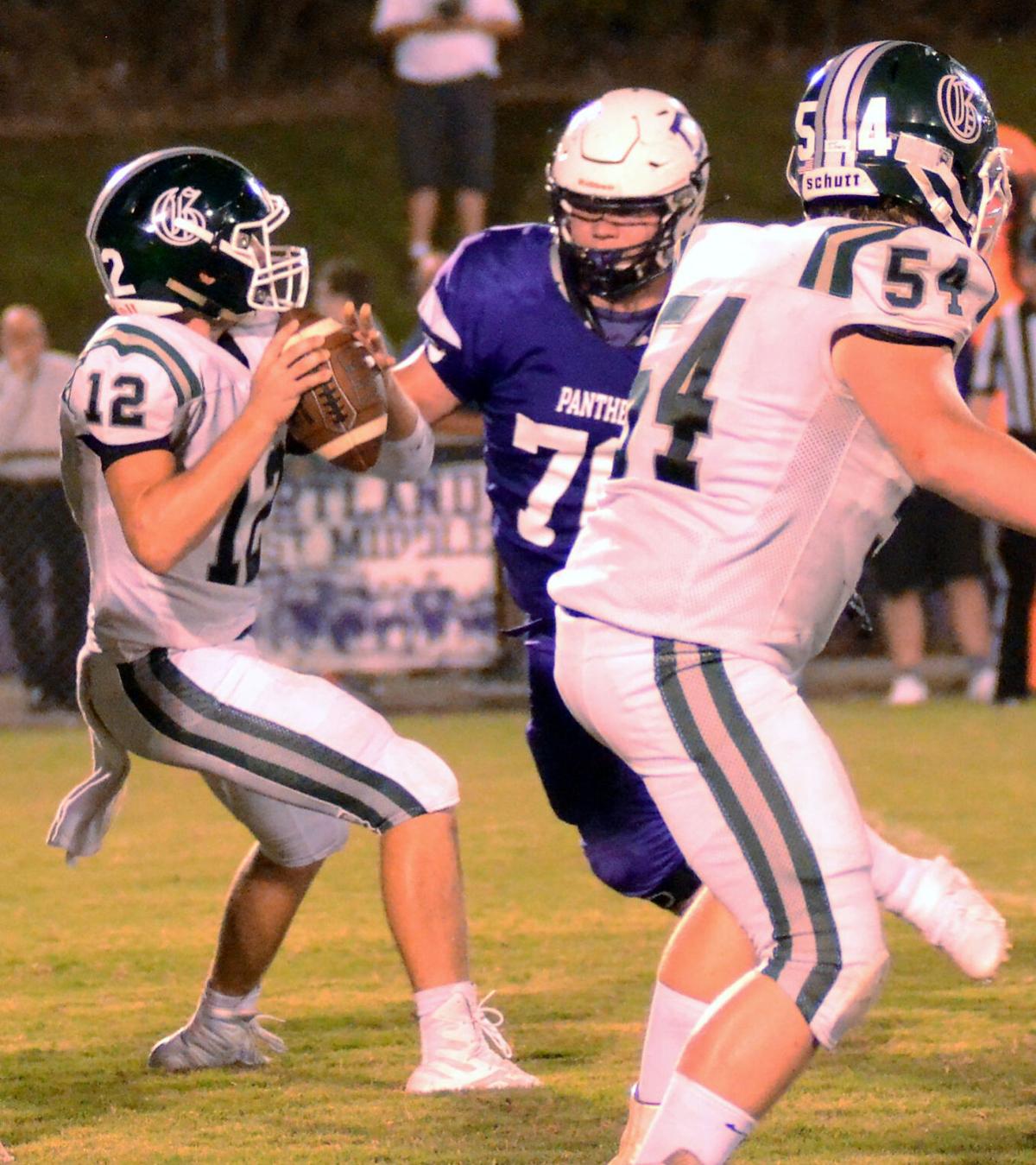 Portland High senior Dylan Gulley attempts to break free from the grasp of a Greenbrier defender during first-half action.

The loss was the second straight in league action for the Purple.

The Panthers took the opening kickoff, drove down to score and looked to add another on their second drive. However, a personal-foul penalty stopped the march, and Greenbrier responded on its next series.

“We started like we wanted to,” Portland head coach Greg Cavanah said. “We scored first, forced them to punt and looked to score again. But we had a personal foul penalty called on us.”

The march stalled at the Bobcat 30 yard line.

The Panthers were outgained in total yardage, 342-212, and ran 15 less plays than the visitors.

The Panthers (1-3) regained the advantage after the first Bobcat score, but two Greenbrier scores sealed the win.

“We played decent Friday night,” Cavanah said. “We blocked our third punt of the season. Their second touchdown came when our linebackers bit while the quarterback was scrambling, and the third came on wrong coverage.”

Portland did take the opening kickoff and drove downfield in four plays. Devyn Fuqua had runs of 9, 9, and 8 yards, and Cade Box capped the drive with a 49-yard scoring sprint.

The point-after touchdown (PAT) was unsuccessful, but the Panthers led 6-0.

The Bobcats were forced to punt, and the Panthers regained possession after the kick at the 45 yard line.

Box ran for 13 yard, Gulley busted up the middle for 5. Then, Isaac West caught a 10-yard pass from quarterback Braden Thornton.

Box ran for 10, but a personal-foul penalty moved the football back 15 yards. Portland couldn’t move the chains for a first down.

Greenbrier took possession of the football and put together a 70-yard march as quarterback Braxton Laney completed a 22-yard pass to Ryan Poole, and Silas Page caught a short pass and raced 46 yards.

Three plays later, Laney rolled out and hit Derek Taylor in the corner of the end zone for the touchdown.

Will White split the uprights on the kick conversion, and the visitors were on top, 7-6.

Jalen Pero’s 31-yard kick off return gave the Panthers good field position at the 46 yard line. After a rushing play that netted no gain and an incomplete pass, Dylan Gulley took the handoff on third down and sped 54 yards to the end zone. Portland’s two-point conversion attempt failed, leaving the score at 12-7.

Greenbrier closed out the first half with a 13-play series as Laney had two completions for 35 yards and ran for an additional 36 yards, including a 11-yard keeper for the go-ahead touchdown.

The Bobcats outgained the Panthers, 162-24, in the second half and scored with 6:42 remaining in the contest when Laney hit Brogan Harden on an 18-yard touchdown pass.

The visitors did have two more drives that reached the red zone but couldn’t score.

Portland’s last chance to tie or win the game came after Gulley blocked a Greenbrier punt, and the Panthers recovered at the 34 yard line.

Quarterback Braden Thornton attempted four passes that came up short, and the Bobcats took over and ran out the clock.

“Leaving points on the field is crazy,” Cavanah said. “We had two or three blown blocking assignments. We have to put more points on the scoreboard and be more consistent.”

Box finished with 80 yards on the ground, and Gulley netted 55.

Laney finished with 240 total yards for the Bobcats.

The Coyotes enter the game with a 1-1 record after recording a 19-7 win over Cheatham County last Friday. The Montgomery County school lost their opener three weeks ago to Clarksville, 24-12.

“West Creek has speed, are aggressive and big upfront,” Cavanah said. “Their quarterback is quick, agile, and strong, with a good arm, and the running back runs hard.”

Defensively, the visitors employ a 5-2 front and are aggressive upfront.

In last year’s battle in Montgomery County, the Panthers came up short in a 51-50 loss to the Coyotes.