Skip to main content
You are the owner of this article.
Edit Article Add New Article
You have permission to edit this article.
Edit
Home
News
Sports
Obituaries
Eedition
Classifieds
Legal Notices
Subscription Services
1 of 3 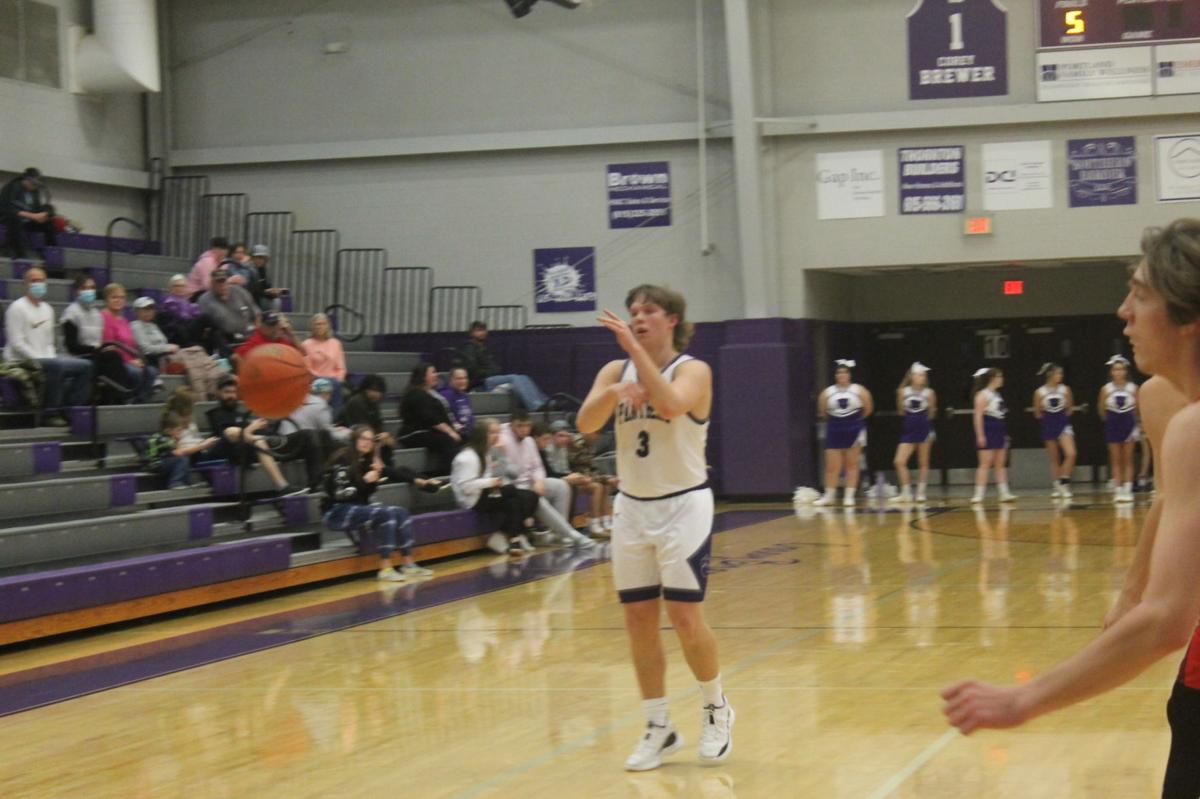 Duncan Smallwood makes a pass for the Panthers against Westmoreland. 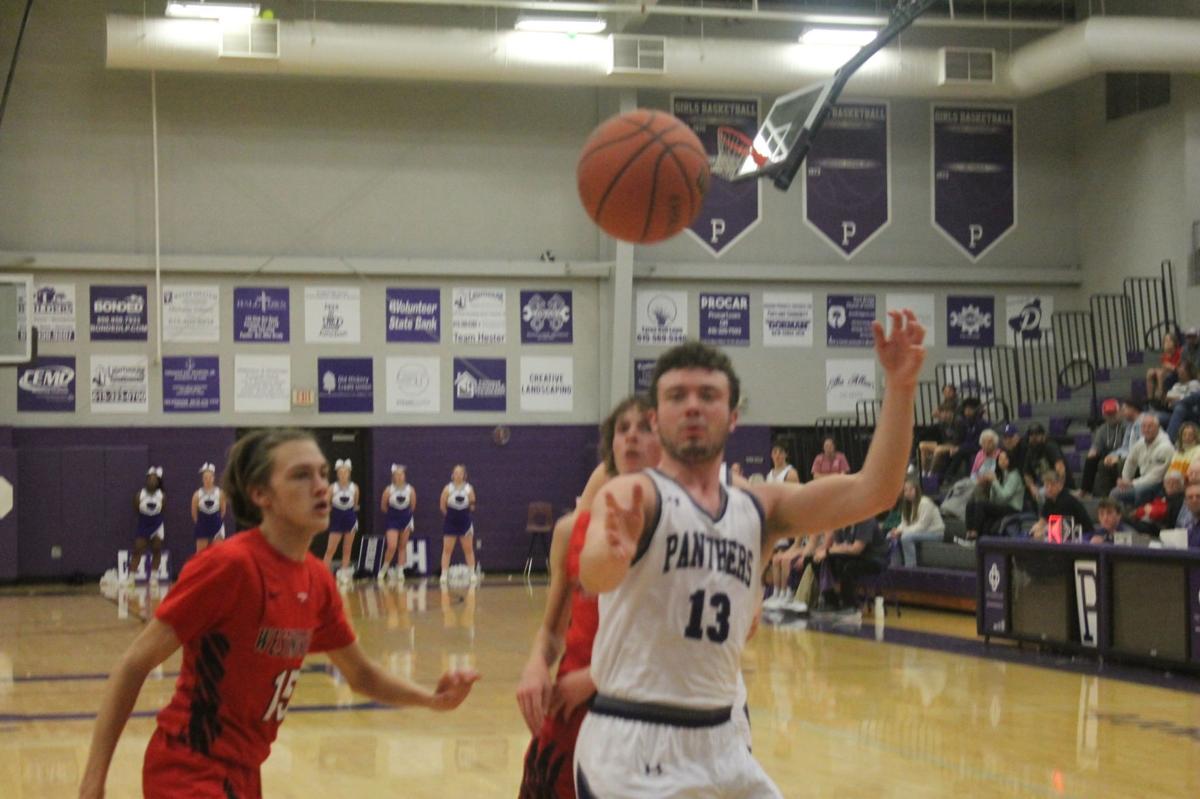 Hunter Hicks watches as the ball sails out of bounds. Hicks scored 15 points to lead the Panthers to a 52-38 win against Westmoreland. 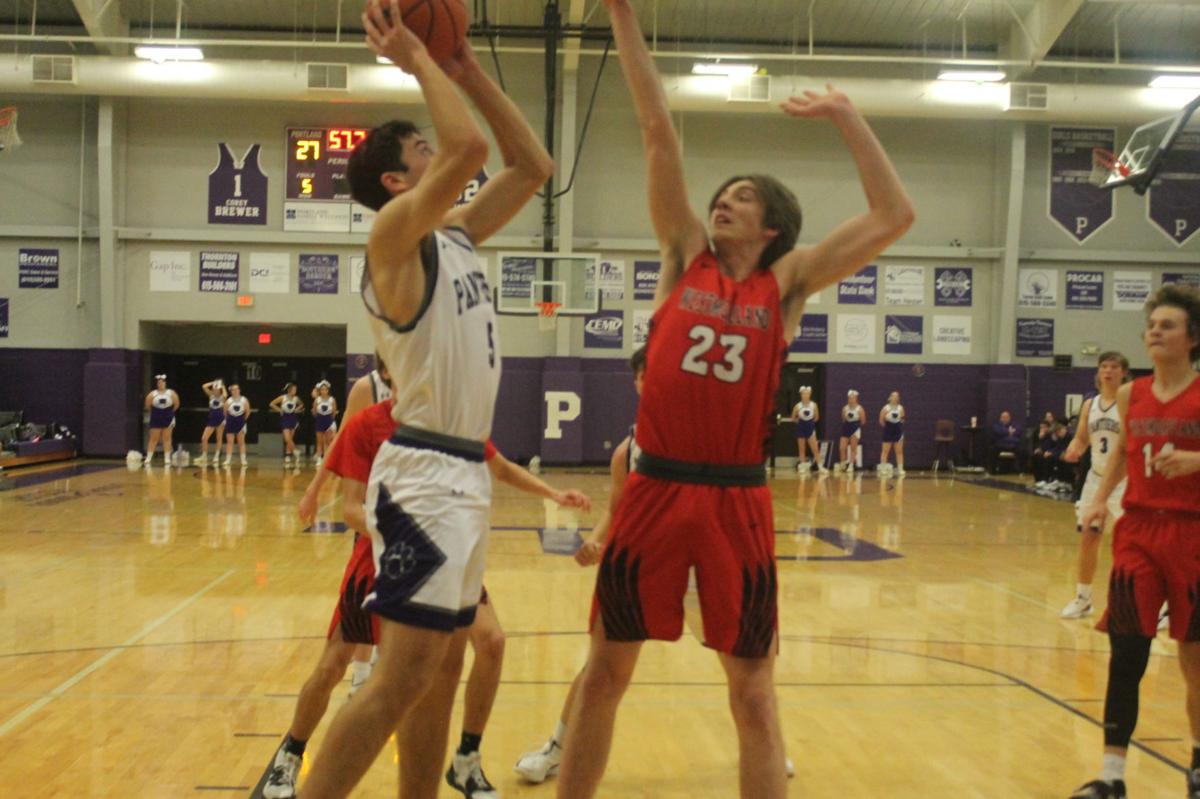 Chase Runyon shoots a baseline jumper for the Panthers against Westmoreland.

Duncan Smallwood makes a pass for the Panthers against Westmoreland.

Hunter Hicks watches as the ball sails out of bounds. Hicks scored 15 points to lead the Panthers to a 52-38 win against Westmoreland.

Chase Runyon shoots a baseline jumper for the Panthers against Westmoreland.

The Portland Panthers turned back a couple of challenges Tuesday night and wound up easing to a 52-38 victory over the Westmoreland Eagles.

The teams traded the lead back and forth in the early going, but the Panthers scored the final two baskets of the period — one from Chase Runyon and one from Caeson Utley — to grab a 10-7 lead after the first period.

In the second quarter, the Panthers’ offense outscored the Eagles 19-12, with Runyon having the hot hand for Portland. Runyon hit a pair of three-pointers and two other shots, scoring 10 points in the quarter for the Panthers, who took a 29-19 lead to the locker room.

Westmoreland began to come back in the third quarter as Kamryn Eden scored seven straight points for the Eagles. Westmoreland pulled to within 31-28 before the Panthers regained their composure and took a 38-31 lead by the end of the quarter. Freddy Paxton’s three-point basket late in the period gave Portland a nine-point lead and capped an 8-1 run that put the Panthers back in control of the game.

In the final quarter, the Panthers built a double-digit lead and stretched it to as many as 14 points, something they were able to maintain until the final horn.

Duncan Smallwood and Utley had seven points each, while Paxton finished with five. Will Hester rounded out the Panthers’ scoring with four points.

Eden was Westmoreland’s only double-digit scorer with a game-high 19 points.

Panthers coach Darryl Travis praised the all-around effort of Paxton, his point guard, who handed out 10 assists and grabbed five rebounds. It was Paxton’s penetration into the lane that often resulted in layups as he passed the ball after drawing the defender to him.

“I thought Freddy had an outstanding game. He had 10 assists and five rebounds. That’s pretty good for a point guard,” Travis said. “I thought we did a good job of shot selection and that we moved the basketball pretty well. There were a few things here and there that I’d like to take back. Defensively, for the most part, I thought we played pretty well. We had a few breakdowns where they got open looks, but for the most part, we communicated well.”

The Panthers were scheduled to play White House Heritage Friday, but that game was postponed by snow. The Panthers were set to open district play Tuesday at home against Montgomery Central, and Friday at Greenbrier.