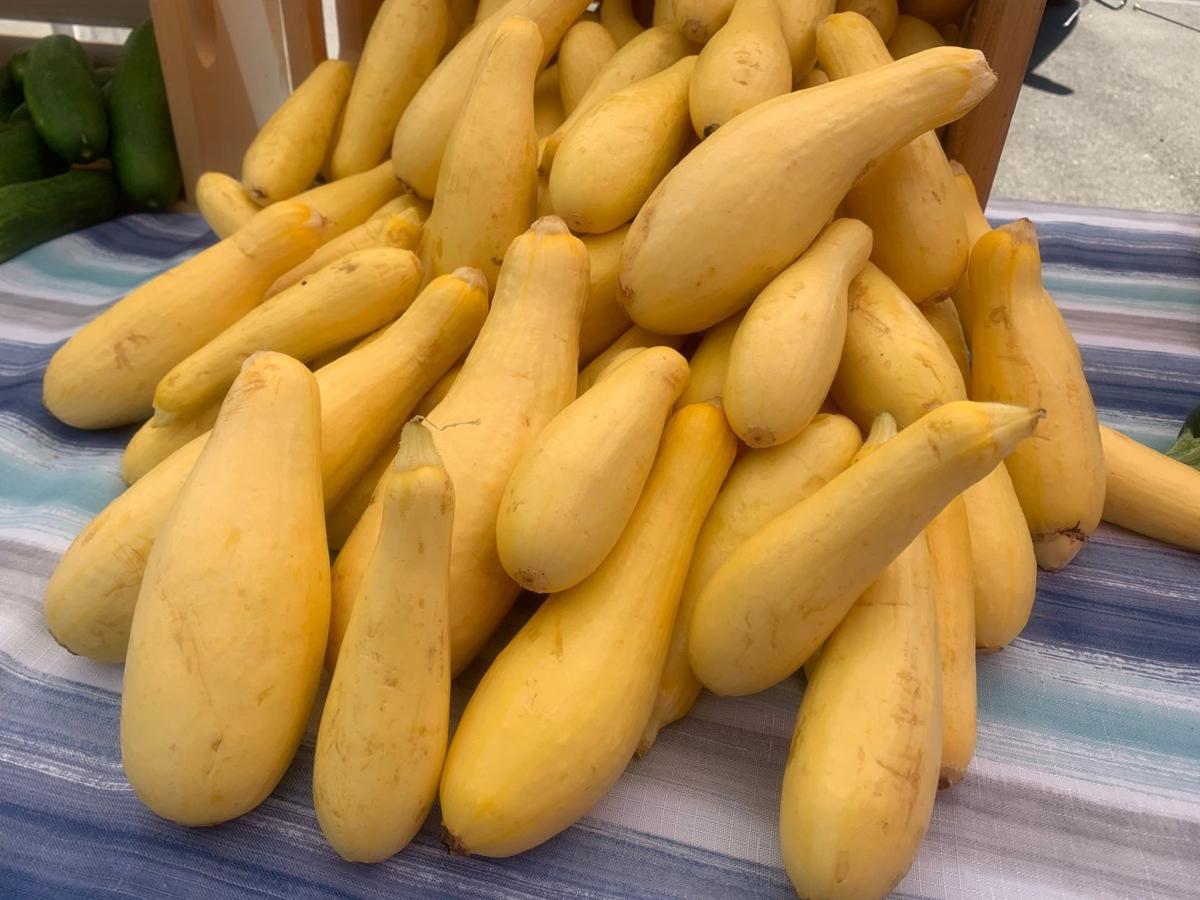 The Portland Planning Commission discussed regulating vegetable stands in the area at its meeting last week. 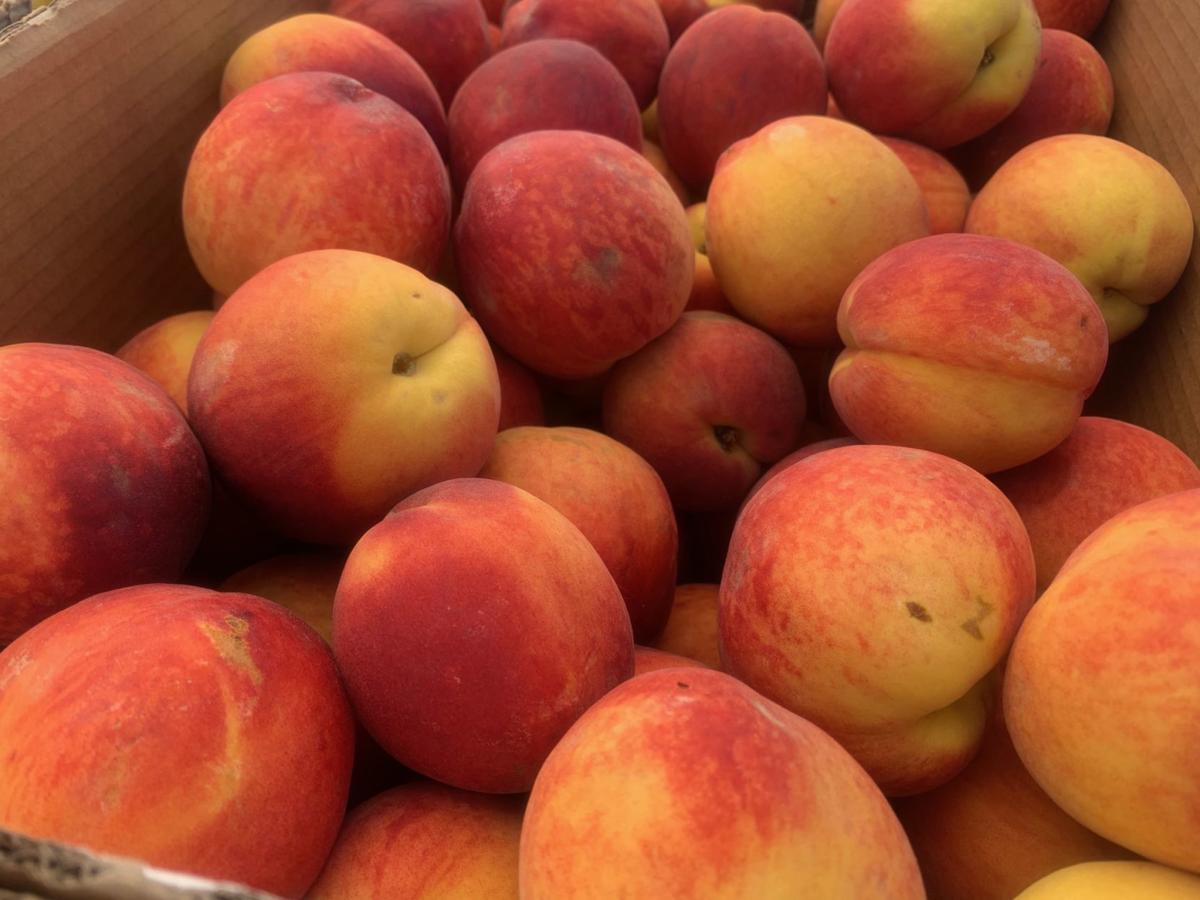 Traffic safety was among the concerns the Portland Planning Commission discussed regarding possibly regulating vegetable stands.

The Portland Planning Commission discussed regulating vegetable stands in the area at its meeting last week.

Traffic safety was among the concerns the Portland Planning Commission discussed regarding possibly regulating vegetable stands.

The Portland Planning Commission had lengthy discussion at its virtual meeting on June 9 regarding regulating vegetable stands in the area before finally voting by a 6-4 margin to defer decision on the matter.

“We know there have been some roadside stands set up in the past,” Portland Planning Director Richard Donovan said. “What I have a tendency to do, as you know by now, is look at best practices elsewhere and kind of adapt that to work here. What we’re doing is adding in the temporary uses section of our code, that are temporary and seasonal in nature, is the seasonal sale of farm produce. It’s allowed in any section but industrial.

“You can get a temporary use permit for the city, which is a $50 permit, to sell farm produce on the premises that are grown there. There are no permanent structures. They have to be temporary and removed. The permit is good for six months, so that’ll cover the growing season here in Tennessee fairly well. Setbacks have to meet the district requirements that they’re located.”

Some of the reason for the municipal code update involves traffic safety.

“What I want to do is make sure that we can require any documentation to make sure there is adequate parking and traffic circulation,” Donovan said. “What I don’t want to do, is if somebody does one of these, is for them to require an issue in the public right-of-way. So, they’re going to have to at least have a place for people to park temporarily.

“This meant to only be in use part of the year.”

“If I roll in and set up in the Tractor Supply parking lot with a truckload of oranges, does this apply to me,” Woodall said. “The reason why I ask that is because (the update states that) the farm produce must be grown on the premises.”

Donovan said that while there are provisions for temporary sales, produce would have be grown on the site that it was being sold.

“There are provisions where you can do temporary sales,” Donovan said. “It’s under the peddler’s section of our municipal code.

“It would have to be grown on site. I know Crafton Farms sells strawberries on site. That’s what we’re looking for … you grow it there; you sell it there type of deal.”

Planning Commission chairperson Jessica Hunter expressed interest in regard to individuals who have been selling produce that is not grown on site for an extended period of time.

“We have one that everyone is aware, someone that has been selling for years,” Hunter said. “Is she not going to be able any more at her residence?”

“Me and the mayor (Mike Callis) have had this discussion,” Donovan said. “There’s enough questions around that one that I don’t think the city has clear zoning case in court to do any type of enforcement on it. What this would keep is the proliferating of that type of set-up elsewhere in the community.

“There’s inherently issues. Kind of the thought was, is there any way to make this work? With that one, there’s enough questions and cloud around it where there wouldn’t be a clear case. The way is to prohibit it moving forward. It wouldn’t actually affect this one. There is enough question, was it maybe improperly allowed by the city at some other point that I just can’t answer, but we don’t want it to proliferate. If that one were considered legal, you could potentially have everybody in the city setting up a farm-produce stand to operate out of their home, which would create issues from a traffic standpoint along with parking issues, people being out of the right-of-way. This is more of a way to address it moving forward than to take any type of enforcement action on somebody in place currently.”

Alderman Mike Hall asked Donovan what the purpose of the municipal code update was.

Donovan added, “On their land, yes sir. Ideally, what the thought is there … you get into providing a place to park so that you don’t have people parking in the right-of-way.”

Any city-sponsored farmer’s market is exempt from these regulations.

Donovan said that the issue arose as a result of a complaint.

“There was actually a complaint that came up in my office,” Donovan said. “We took a little bit different approach than a lot of cities did when we addressed it. The biggest part of cities just said no sales at all. There was a complaint, and I started looking for a fix for it.”

Planning commmission member Andy Mathias questioned the equality of situations if the code update regulates future sellers while having a different standard for sellers who have been doing so prior to the update being issued.

“If you have a standard where you’re allowing one, how could somebody not hold that up in court that they could not do the same,” Mathias said.

Donovan added, “It’s essentially going to be the same situation if we issue a building permit and don’t catch it until somebody already has the structure built. That’s our fault. We can’t make them tear it down. But we can regulate it going forward … cities go through cycles, whether they’re like Portland or other larger cities, to where enforcement is done in a different manner, and there’s nothing to stop us from going back later on and enforcing things. It’s just (a matter of) making sure we have solid cases when we do it.”

Alderman Mike Hall pointed out that it could be problematic passing the code update through the city council.

“I see your point,” Hall said. “I see what we’re trying to do, but I think it’s going to be hard sell at the council meeting. That’s just an opinion … because they like to be flexible. This thing would have to be five times longer than it is with all the legal mumbo-jumbo in order to get it passed. But I do get the idea. I like the idea of certain areas being restricted because of the traffic (concerns).”

“I like the concept,” Woodall said. “If a child raises 40 tomato plants in the back yard and they can’t put them outside to sell them and make a few dollars, that’s what I’m understanding that they will not be able to do that without a $50 permit.”

Fellow planning commission member Ann Blackburn added, “I have an issue with having them pay a $50 to get a permit, to sell produce they grow on their own property.”

The commission then voted to defer decision and reassess the matter at its July meeting.

In the only other business, the commission voted to pass a request by Brent Ausbrooks for concept plat approval for Vail Crest Section 11 and 12, a subdivision of 42 lots on approximately 20 acres of land, and the commission also passed a resolution to allow Donovan’s assistant to sign final plats under the instruction of Donovan in case of his absence.