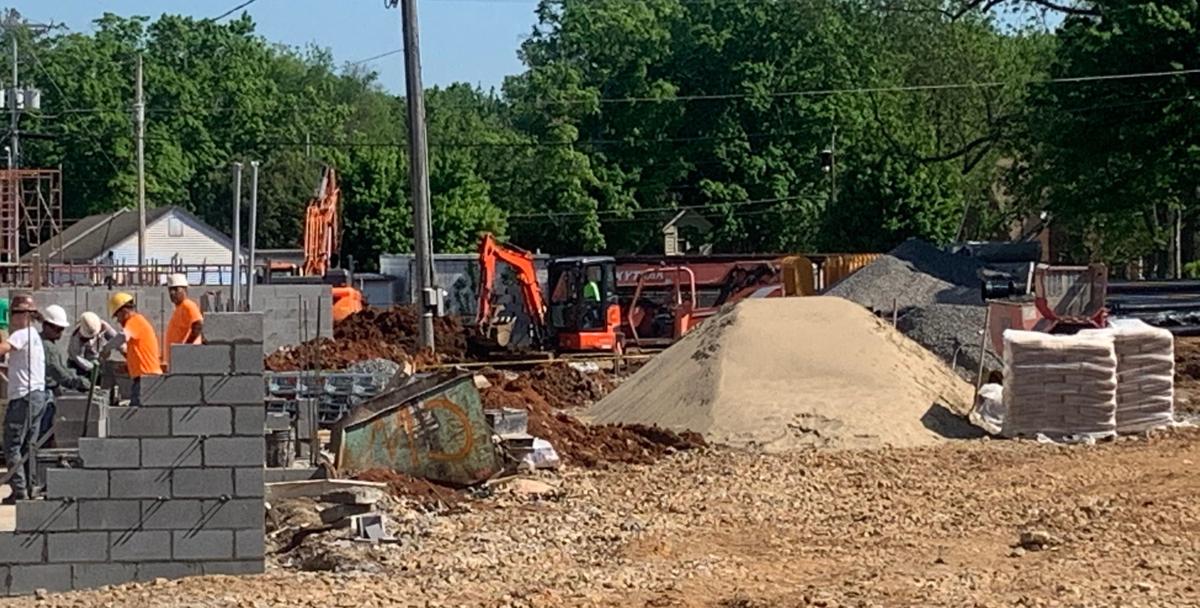 Chris Ladd/Portland Leader The renovation of Portland City Hall is projected for completion by the end of 2020.

Chris Ladd/Portland Leader The renovation of Portland City Hall is projected for completion by the end of 2020.

Considerable discussion was given to establishing and finalizing the city’s budget and also in regard to renovations taking place at Portland City Hall at the Portland City Council meeting, which was held on May 4.

The meeting was held via video conference.

Portland Finance Director Doug Yoeckel spoke extensively in regard to the budget, seeking feedback from the seven council members.

Yoeckel talked of specifics and of the course of action that the city might take moving forward, with some of those decisions possibly impacted by the current COVID-19 pandemic.

Yoeckel spoke of possibly deferring a pay increase for city employees until Jan. 1 or eliminating a pay increase entirely. A hiring freeze — which would consisting of not adding any personnel unless it involved essential personnel — was also mentioned, as was potentially restructuring positions if needed.

“I want to be very cautious moving into this next budget cycle,” Portland Mayor Mike Callis said. Callis spoke of correspondence with city employees that has recently taken place.

“The e-mail that was sent out to all employees (on May 5) is simply to conserve everything you can conserve,” Callis said. “We are going to step back from purchasing and new hires, because I don’t know what the numbers are. It would not be helpful to continue the way we were and then find out later that we shouldn’t have done that.

“Now is the time to make sure we have our foot on the brake. Let’s see what is going to happen in the next few months so that we don’t hurt ourselves.”

“I think if we could just cut spending, hold the course and let’s see how the economy is moving forward … maybe I’m being too optimistic, but I’m hopeful … if we can just open some things up and get this economic engine going again like it was, we’ll realize these numbers have come in far better than we hoped,” Callis said. “That’s why Doug does the conservative nature of what he does.”

Yoeckel is overseeing the current renovation project at Portland City Hall, which began in February and will hopefully be completed by the end of the year.

“We want this building to be something we’re proud of when we get it done,” Yoeckel said.

Callis along with the codes offices are now housed in the old Sumner Employment Exchange building, while business office workers are now in the nearby building that formerly housed Farmers Bank.

Yoeckel spoke extensively about the project.

“I wanted to give you an overall picture of what I’m trying to accomplish with this,” Yoeckel said. “It is, as any of you know, if you walk into a house or something you’re renovating, and you look at it and think, ‘We need to do this now.’ That’s sort of how I’m approaching this so that we don’t get done and say, ‘I wish we’d have done this.’ ”

Callis added, ““The contractor is fully-aware of what we’re looking for. He and Doug have had many conversations. They have regular process meetings. They stay in touch with everything that is going on. He’s keeping up with it. He doesn’t want to spend money that he doesn’t need to. He’s keeping a tight look on it, but he wants the project to look good. I appreciate what he’s doing.”

At the beginning of the meeting, Callis gave an update on the COVID-19 situation.

“Things continue to improve,” Callis said. “Business is beginning to open at limited capacity, but we are moving forward. The city of Portland remains under a local state of emergency. That deals with how we operate city government. We want to ensure that we will be eligible for all the FEMA (Federal Emergency Management Agency) and TEMA (Tennessee Emergency Management Agency) grants along the way as the state of Tennessee is still under a state of emergency as well. We’re continuing to move forward to reopen our facilities and to get back to normal work hours and days along the way. We’ve began that process.”

The council also unanimously voted to:

Approve the first reading of a measure to donate a property on Strawberry Street to Habit to Humanity.