You have permission to edit this article.
Edit
Home
News
Sports
Obituaries
Eedition
Classifieds
1 of 2 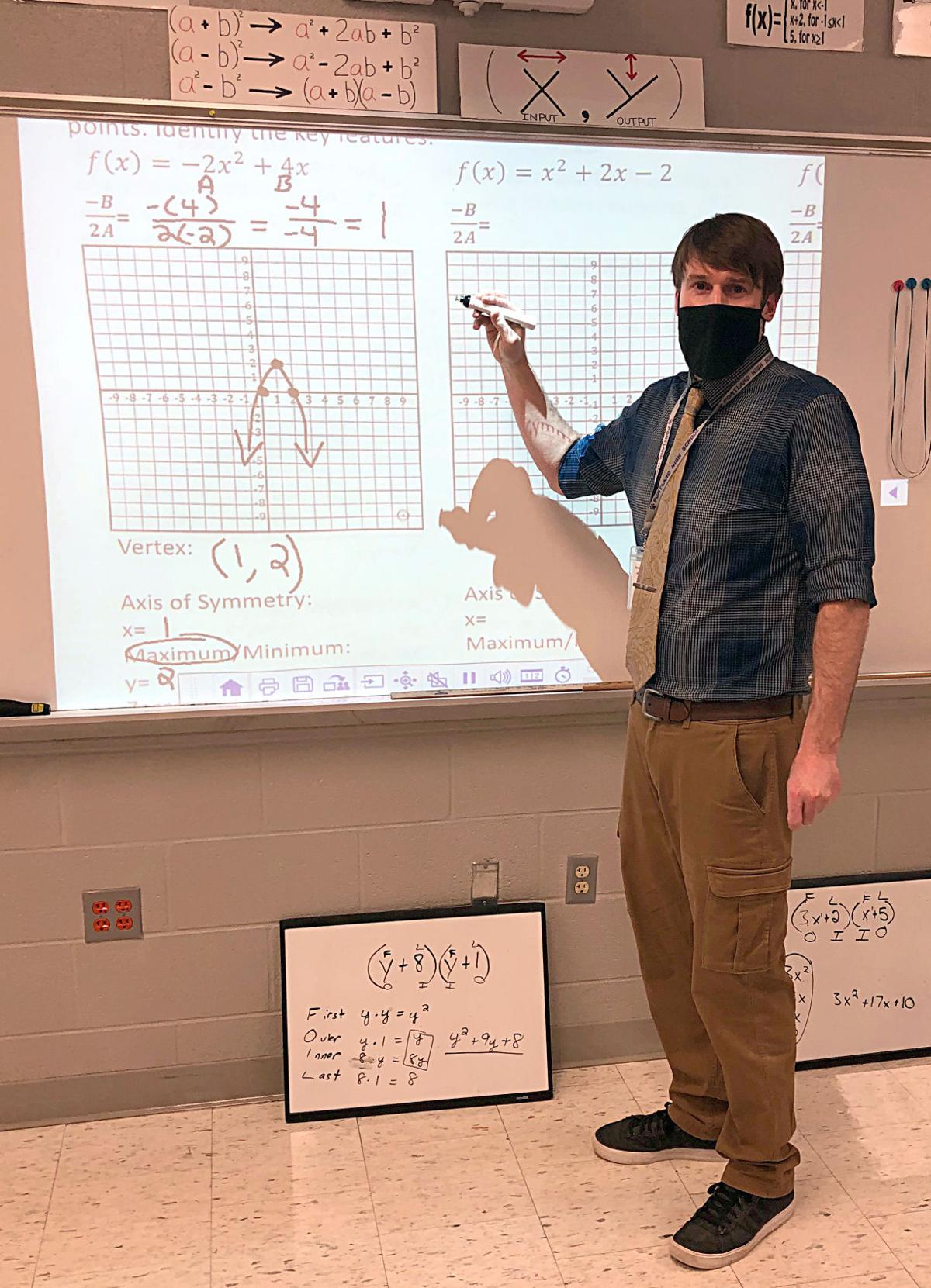 Portland High third-year math instructor Michael Hamilton has been named the school’s teacher of the year. 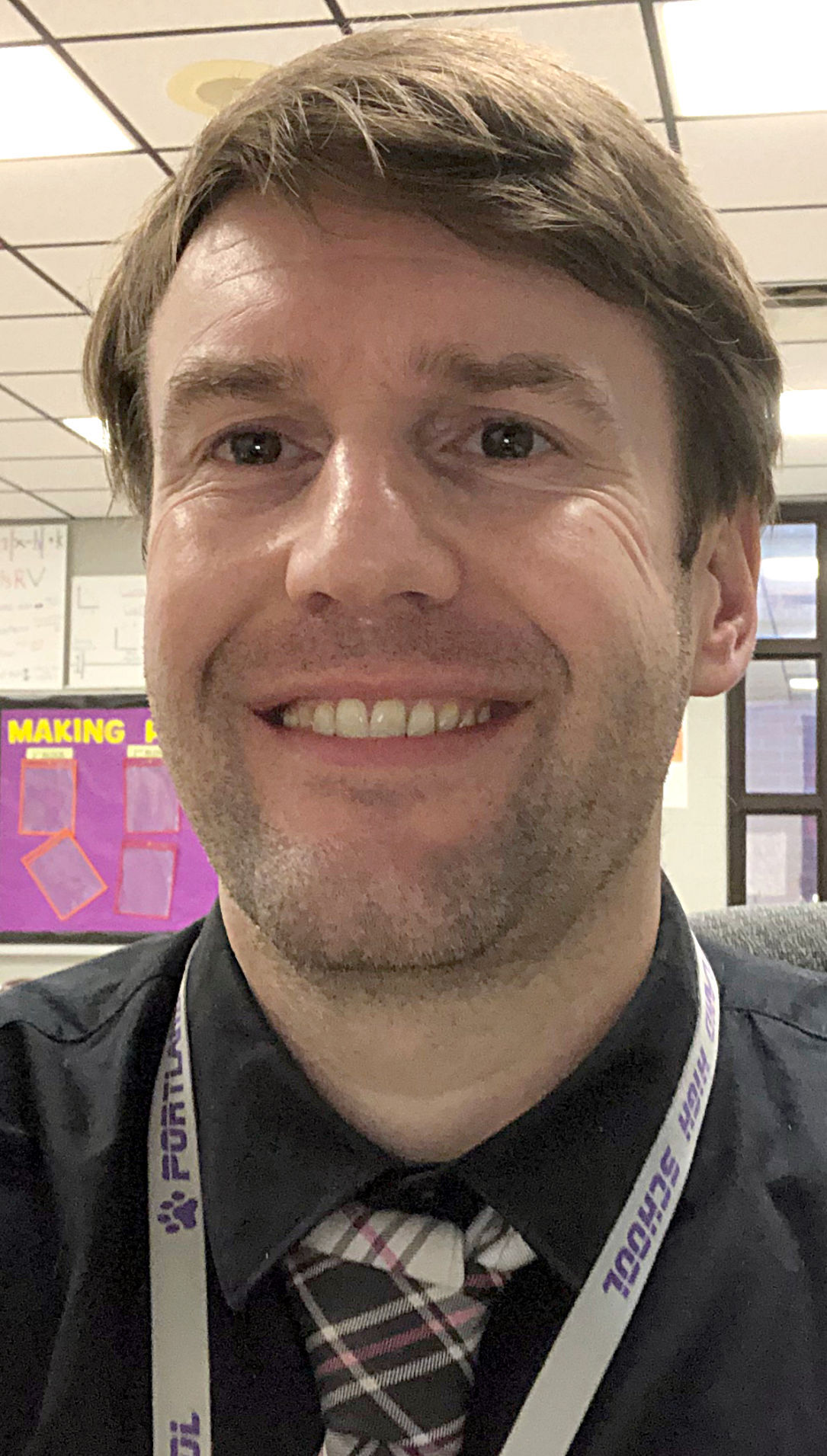 Michael Hamilton traded in his Army Combat Uniform for a shirt and tie.

Both have served him well.

“When I was in the military, I imagined x number of years,” Hamilton said. “When you get back from Iraq, you decide you want to be a teacher and a football coach. It’s not a bad thing or a good thing. It’s just the normal thing.”

Hamilton is currently in his second stint at Portland High School, and he was recently selected as the school’s teacher of the year.

“I’m not a very award-centric person,” Hamilton said. “It almost puts me in a weird spot.

“At the same time, with everything going on, it is nice to get recognized. It’s a weird year to get recognized. I told Mr.)David) Woods (the Portland High principal) … if there was going to be a teacher of the year this year, it should be all teachers. I hope I serve as a good example.”

The teacher of the year is selected by his/her peers.

“We let our teachers vote,” Woods said. “We kind of put out a list of who has won it over the past 10 years. We ask for nominations. When the nominations come in, if it’s clear cut, we go with them.

“He’s a real good teacher, real good communicator with the kids. He’s real consistent. He’s always winning to help out people in other avenues. For example, (this) week, we have the ACT test (college entrance exam) coming up for our juniors, but we also do a practice run for our freshmen and sophomores. He’s organizing that. He doesn’t have to do that. He also helps out with the administration.”

After completing his history degree, Hamilton served as a combat engineer in the Army, spending a year in Northern Iraq.

He began his teaching career when he left the military in 2005, serving as a special-education instructor for three years.

Hamilton then transitioned to teaching history, which is where he remained for five years until teaching for two years in the Metro Nashville Public Schools System (including a stint at his alma mater, Hunters Lane High School).

Then, he returned to Sumner County, spending one year at Portland as a special-education teacher with a math emphasis, before transitioning into a lead-educator role at Beech High and Westmoreland High for two years.

He then returned to Portland.

“It just worked out perfect to come back here,” Hamilton said. “I love Portland. I loved White House when I was there. I wanted to get back to a community school, and Portland was perfect. It had that community-school feel.

“I consider it a diverse spot too. It kind of reminds of where I came from. It’s not the same (as Hunters Lane), but Portland feels closer to the types of schools I remember.”

Since Hamilton returned, he has taught Algebra I.

“Honestly, you get to apoint in life where something you weren’t always interested in starts to grab you,” Hamilton said. “When I was working at the county, I was working a lot of with math and English. I call it career ADHD (adult attention-deficit/hyperactivity disorder). As a teacher, you can really love what you do. I really love it, but you get bored with it. You end up coming back to it.”

Hamilton believes that the transition to teaching math has been a positive experience.

“It rounds you out as a teacher.”

Math has been an area that has continued to remain prevalent for Hamilton since his military stint.

“We worked with explosives, and everything is math calculations,” Hamilton said. “For me, math is one of those things that keeps coming back around when I don’t ask it to. When I went into the Army, I wanted to be an infantry officer. You pick your top three (areas of interest). My No. 2 was engineer. That put me in a math situtation. I was in the classroom for two months learning math. That rocked my world. I never expected to do math after high school.

“Then, I was a lead educator and was back in a math role. I thought that was a skill I needed as a teacher. I wanted to get into that arena. When you’re trying to teach kids how to read, its such a different skill than trying to teach a kid that this is concretely the right answer. I wanted to hop over and see it for myself. It’s been fun. I really enjoy working with the kids, and I try to explain tot the kids that the math I know if because of what life threw at me.”

Over the past 15 years, Hamilton has also attempted to hone his teaching style.

“Over the years, for any teacher, that kind of evolves,” Hamilton said. “The care is there. As a young teacher, you want to get this content across to them. As you get older, it’s more about creating an environment that people can learn. They’re not going to learn the same. I spend a lot of my time creating a place where anybody can walk in and learn.”