One of the suspects believed to be involved in a June robbery at the Portland Exxon was recently arrested. 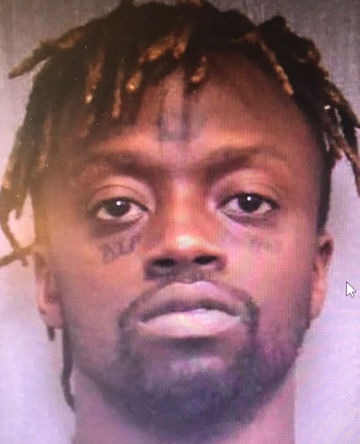 One man allegedly involved in the June 16 robbery of the Portland Exxon is in custody, and police are continuing to search for a second suspect.

Christopher Dion Malone, 28, of Nashville, was booked into the Sumner County Jail on Aug. 28 and charged with aggravated assault, aggravated robbery and theft of more than $1,000.

Joshua Malachi Johnson, 23, remains on the loose and is wanted by authorities. Anyone with information on his whereabouts is asked to call Portland Police at 615-325-3434, using extension 770.

Portland Police Lt. Jason Arnold said that Malone was arrested in Davidson County after allegedly assaulting his girlfriend. On the day of the Portland incident, the pair reportedly robbed gas stations in Franklin, Kentucky, and White House.

“Basically, what they did is shot up to Franklin first, hit a gas station there, drove south and hit stations in Portland and White House on the way back to Nashville,” Arnold said.

In video of the alleged Portland incident, Malone reportedly held a knife and demanded money from the clerk, who gave him approximately $1,000.

“They ended up striking a car on 65,” Arnold added. “They got to a station in Nashville, and we got good video of them there.”

Along with Portland, police in Franklin and White House were involved in the investigation along with the Tennessee Bureau of Investigation.

Malone is scheduled to appear in court on Sept. 9. He was being held on a $135,000 bond in the Sumner County Jail and is also expected to face charges in Davidson and Robertson counties as well as in Kentucky.